"For us, it's always the next dream." 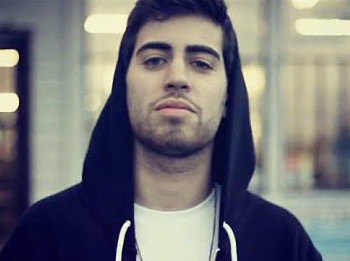 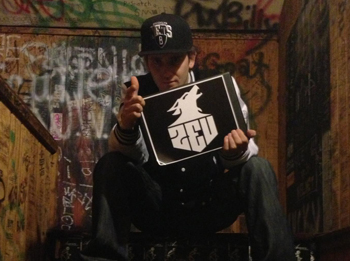 Sam Lachow is a producer, songwriter, rapper, videographer, director, and editor of video and music. His latest EP ”5 Good Reasons” was produced entirely by Sam and his creative partner Maggie Brown utilizing many live instruments from musicians based in Seattle and New York. The project, as well as his previous releases - debut album "Brand New Bike" and EP “Avenue Music”, which are both available for free stream/download on samlachow.com – feature many guest appearances from some of the most talented artists coming up in the Seattle music scene.

Sam has been making videos since elementary school, and as a seventh-grader began a group called Shankbone. Sam began directing and producing music videos with Shankbone, and went on to create videos for various other Seattle-based artists.

Raised in both Seattle and New York City, Sam graduated in the class of 2009 from Garfield High School in Seattle. He then went on to attend SUNY New Paltz for a year, and is now studying at City College in New York. Sam has spent much of 2013 touring while also producing videos and crafting his next solo project.

Raz Simone is a hip-hop artist from Seattle, Washington. His music has been sculpted by his diverse life, and his words stem directly from things happening around him. Raz values having different instruments recorded on his tracks, as well as playing at his live shows. Poetry was Raz’s original glimpse into writing rhymes. After writing for school and attending poetry slams, Raz started putting his words to music scores and eventually beats. After signing to a label, leaving a label, starting a band, taking a hiatus from music and having a “real” job and then traveling, Raz came back to Seattle.

In the past year, Raz has been working with his collaborative partner Sam Lachow to create a five track EP called ‘5 Good Reasons.’ From there came music videos for each track, directed by talented videographers of Seattle. On March 19th, 2013 Raz released his solo EP 'Solomon Samuel Simone', which is now available for free download at razsimone.com.

At just 23 years old, Zev, a native of Brooklyn, New York, has spun at some of the most recognized clubs and events throughout the world. Tuning his ears for music at a young age, Zev grew up playing the piano and listening to all genres of music, which has helped influence his style to this day. Although music was always a part of Zev's life, it wasn't until his freshman year in college that he began to DJ and realized that he wanted to pursue a career in music. As his resume began to grow, spinning at clubs, events and corporate gigs throughout the world, including: Webster Hall, Ultra Lounge, Rome Nightclub in Florida, Fashion Night Out for Michael Kors, as well as events for Versace, MTV, RedBull and many more, Zev's popularity began to grow. The summer going into his senior year, Zev began interning at Scratch DJ Academy in Miami, where he soon became a full-time instructor and private contractor on behalf of Scratch Music Group. That same year during a semester abroad in Spain, Zev was noticed by a European talent agency, 'Dinamik Deejays,' where they helped him land a weekly residency at the original Bora-Bora Nightclub in Valencia, Spain. The following summer, Zev spent 4 weeks as a celebrity-guest DJ onboard the Norwegian Epic Cruise Line in Europe, the largest ship of its kind. As a budding talent, Zev's encyclopedic knowledge of music and ability to spin to any demographic has helped land him high-profile gigs and high praise wherever he touches down, whether it be in NYC or the other side of the globe.

In June of 2013, Zev graduated from SAE, NY, and works as a freelance audio engineer & producer.

Dream & Produce is an independent artist management and development company. Our vision is to bridge the gap between art, entertainment, and the fans.

We are a diverse team currently writing the story...

Stay Up To Date